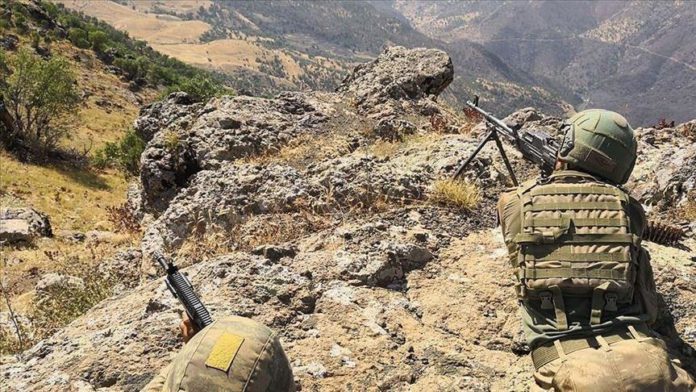 At least 91 PKK/YPG terrorists were “neutralized” in Iraq and Syria over the last 10 days, Turkey’s National Defense Ministry said on Sunday.

In a statement, the ministry said that the Turkish armed forces neutralized 16 PKK/YPG terrorists in Iraq and Syria over the last 24 hours.

“Thus, in the last ten days, 91 PKK/YPG terrorists have been neutralized,” it added.