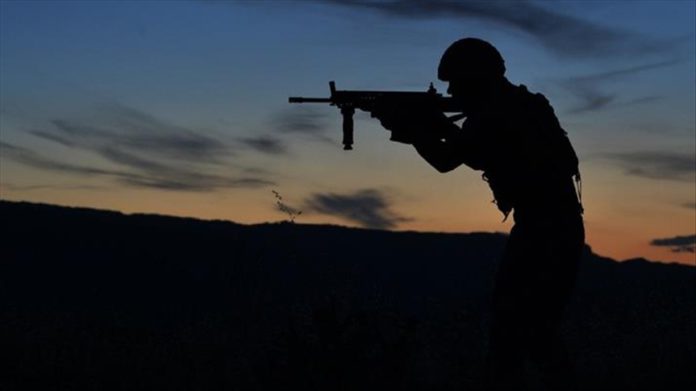 A total of nine YPG/PKK terrorists were “neutralized” by Turkish security forces in northern Syria, the National Defense Ministry announced on Sunday.

The “heroic commandoes” neutralized two terrorists who opened fire on the Euphrates Shield zone, the ministry said in a tweet.

“Seven YPG/PKK terrorists who attempted to attack from the Tal Rifat region to disturb the peace and security atmosphere were neutralized,” the ministry said in a separate tweet.

The operations will continue without letup, it added.

In its more than 35-year terror campaign against Turkey, the PKK — listed as a terrorist organization by Turkey, the US, and the EU — has been responsible for the deaths of nearly 40,000 people, including women, children, and infants. The YPG is the PKK’s Syrian offshoot.