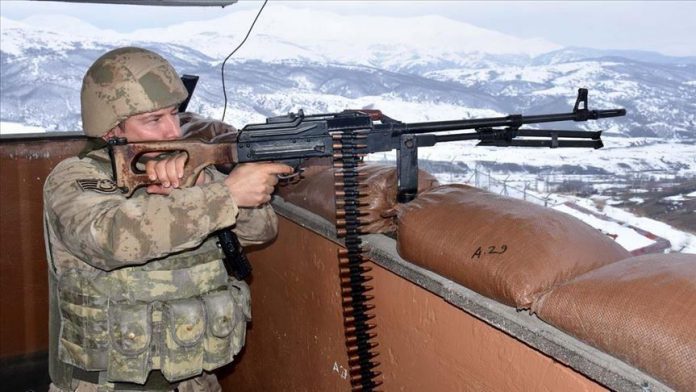 Turkish security forces neutralized 89 terrorists in the past month, the Interior Ministry said on Saturday.

According to a statement from the ministry, 52 terrorists were YPG/PKK members, 30 affiliated to Daesh/ISIS and seven from far-left terrorist organizations.

Turkish authorities often use the word “neutralize” to imply the terrorists in question either surrendered or were killed or captured.

A total of 1,697 people were arrested for aiding and abetting terror groups. Of them, 297 were remanded into custody.