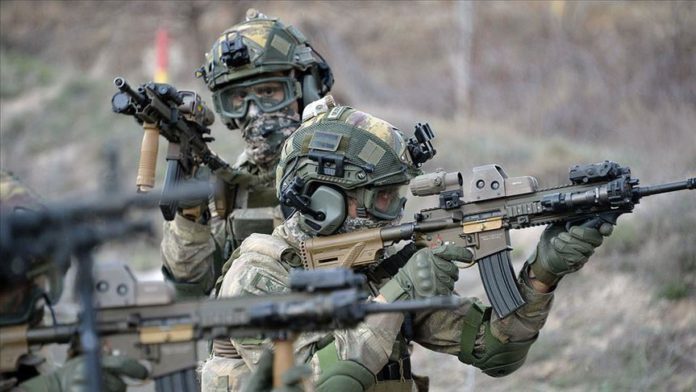 “Our heroic commandos carried out yet another successful operation in the [Operation] Peace Spring region. Six PKK/YPG terrorists who attempted to attack to disrupt peace and security, were neutralized,” the ministry said on Twitter.

A video footage of the operation was also shared on Twitter.

Separately, two Syrian nationals terrorists were arrested by local gendarmerie force in the southeastern Mardin province while attempting to illegally cross to Turkey, according to a security source.

The suspects, identified by only initials — H.A.S. and R. A. — were caught with explosive devices in two powerbanks, said the source, who asked not to be named due to restrictions on speaking to the media.

The Syrian origin terrorists’ affiliation was not mentioned.

February 27, 2021
ISTANBUL  Bahrain, Kuwait, and the United Arab Emirates (UAE) on Saturday supported Saudi Arabia in rejecting a CIA report on the murder of journalist Jamal...