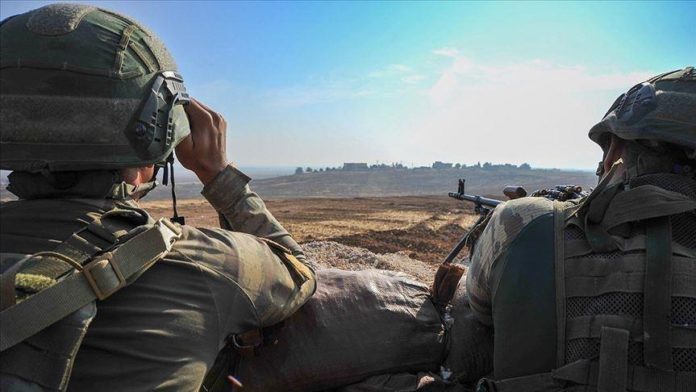 Turkish security forces neutralized at least four YPG/PKK terrorists in northern Syria, near the Turkish border, who were preparing for an attack, the National Defense Ministry said on Saturday.

“There is no passage to terrorism and terrorists! Our hero commandos neutralized 4 PKK/YPG terrorists who attempted to attack the [Operation] Peace Spring region,” the ministry said on Twitter.

Separately, a PKK terror suspect who robbed a bank’s armored cash transport vehicle in the Beytussebap district of southeastern Sirnak province in 2014, was caught by security forces in eastern Van province, police said. He came to the province for a terror attack, the statement added.

The suspect, identified only by the initials S.T., was nabbed in the operation supported by special forces units.

A long-barreled rifle, pistol and two hand grenades were seized during the search operation.

The suspect was later remanded into police custody by a judge.

US: Blinken, Austin to visit Tokyo, Seoul next week