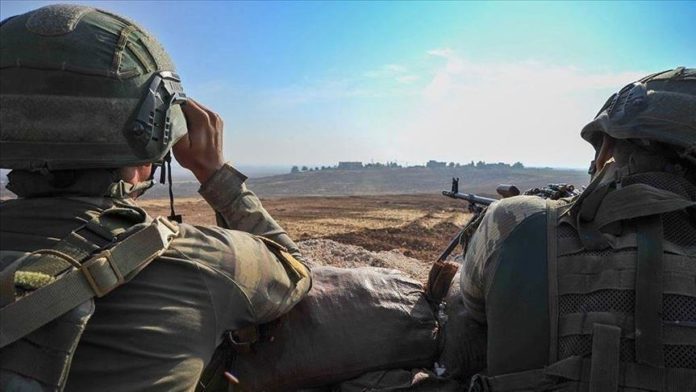 Turkish forces on Tuesday neutralized four YPG/PKK terrorists, including one senior member of the terror group, in northern Syria, according to Turkey’s National Defense Ministry.

“Four PKK/YPG terrorists, one of whom was in the Qandil Staff, were neutralized by our heroic commandos in the [Operation] Olive Branch region,” the ministry said on Twitter, referring to the terror group’s headquarters in the Mt. Qandil region of northern Iraq.