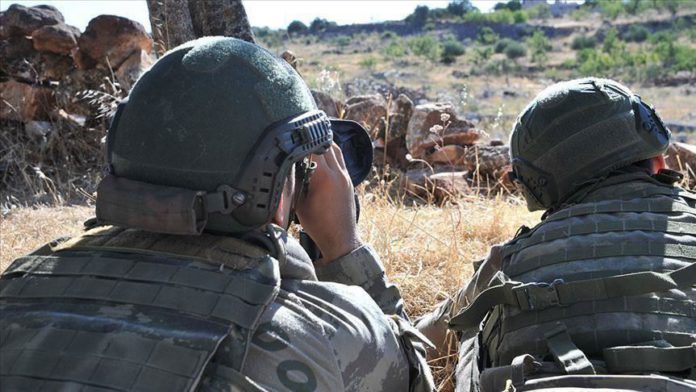 Turkey neutralized four YPG/PKK terrorists who were attempting to infiltrate into its anti-terror operation zone in northern Syria, the National Defense Ministry said on Tuesday.

The ministry said Turkish commandos neutralized four terrorists over the past 24 hours to thwart their attempts to enter the Operation Peace Spring zone.

Turkish commandos continue to take every precaution for the peace and security of Syrian people in the Peace Spring region, it added.