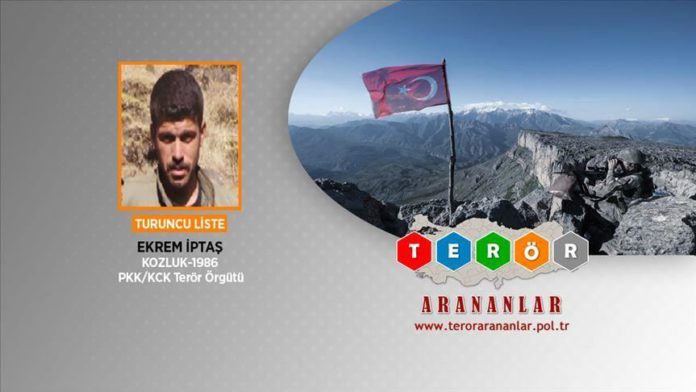 Turkish security forces “neutralized” four terrorists, including a senior one, in the southeastern provinces of Hakkari and Diyarbakir, the Interior Ministry said on Sunday.

In a statement, the ministry said that two terrorists were neutralized in an air-backed joint operation by forces of the Hakkari and Van gendarmerie.

Another terrorist, Ekrem Iptas, codenamed Seyit Batman, was neutralized in an air-backed operation in rural areas of Diyarbakir’s Lice district.

Iptas was wanted with a bounty of up to 1 million Turkish liras (roughly $150,000), added the statement.

Another terrorist was neutralized in an air-backed operation of gendarmerie forces in the southeastern Siirt province, the Interior Ministry said in a separate statement.

No affiliation was given for the terrorists, but Turkey’s southeast has long seen attacks by the terrorist PKK

In its more than 30-year terror campaign against Turkey, the PKK — listed as a terrorist group by Turkey, the US and EU — has been responsible for the deaths of nearly 40,000 people, including women, children and infants.