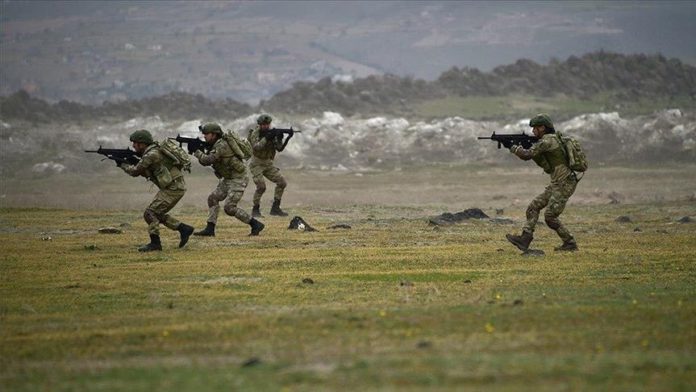 The Turkish National Defense Ministry said on Twitter that the terrorists were plotting an attack in the area of Operation Olive Branch “to disrupt peace and safety.”

They were “neutralized in a successful operation carried out by Turkey’s heroic commandoes,” the statement added.

Turkish authorities often use the word “neutralize” in statements to imply terrorists in question surrendered or were killed or captured.

Operation Olive Branch, launched in 2018, is among Turkey’s three cross-border counter-terrorism operations launched in northern Syria to prevent the formation of a terror corridor and enable peaceful settlement by locals. The two other offensives are Operation Euphrates Shield (2016) and Operation Peace Spring (2019).