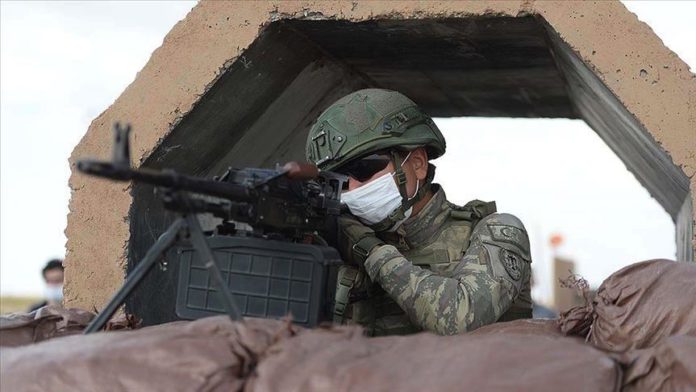 “Three PKK/YPG terrorists, who opened harassing fire into the Operation Peace Spring region to disrupt peace and security, were neutralized by fire support vehicles,” the ministry said on Twitter.

A video footage of the operation was also shared on Twitter.