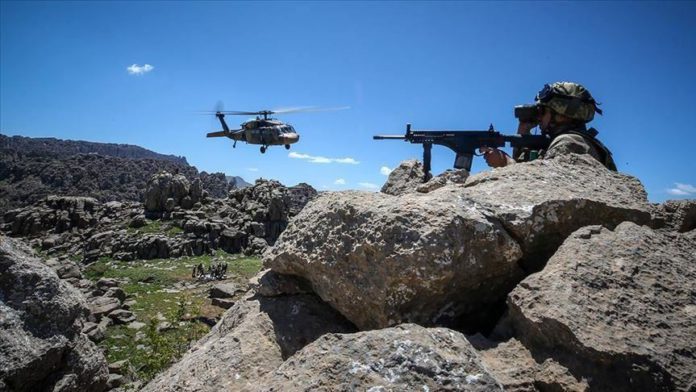 Weapons, ammunition and explosives were also seized as part of ongoing Operation Claw-Tiger, the ministry said on Twitter.

Operations Claw-Tiger and Claw-Eagle were launched last month in northern Iraq to ensure the safety of Turkish people and borders by neutralizing the threat of PKK and other terrorist groups that often use northern Iraq to plan cross-border attacks.