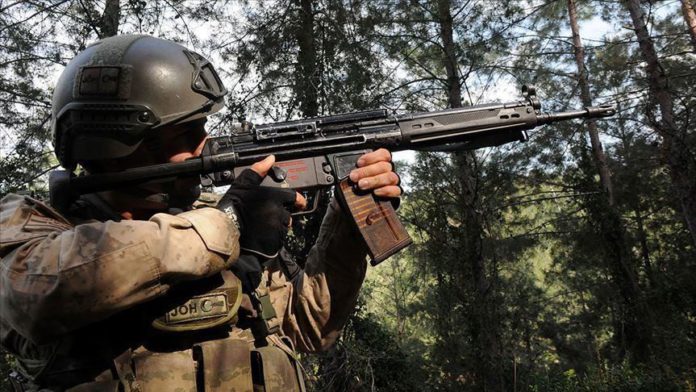 The terrorists were neutralized as part of Operation Yildirim-5 in rural areas of Hatay province’s Mt. Amanos, it said in a statement.

Gendarmerie forces seized three M-16 rifles and ammunition as part of the ongoing operation, it added.

The affiliation of the terrorists was not expressly given, but the terrorist PKK has been active in the region.

Turkey has launched a series of security operations to neutralize terrorists believed to be sheltering in the country’s eastern and southeastern regions.

In its more than 30-year terror campaign against Turkey, the PKK — listed as a terrorist organization by Turkey, the US and the European Union — has been responsible for the deaths of nearly 40,000 people, including women, children and infants. The YPG is the PKK’s branch in Syria, just across Turkey’s southern border.