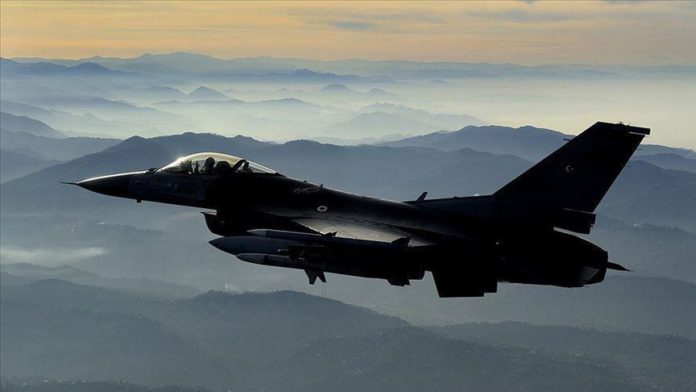 Turkey neutralized 25 terrorists, including one senior, in an air operation in the Hakurk and Qandil regions in northern Iraq, the Turkish defense minister said Tuesday.

Speaking during his visit to Romania’s capital Bucharest, Hulusi Akar said Turkey continues its struggle against “all threats and dangers directed to the security of our country and our noble nation, especially by [the terror groups] FETO, PKK/YPG and Daesh.”

During the last air operations in Hakurk and Qandil, 25 terrorists, including a senior one, were neutralized, according to information received from the intelligence, Akar noted.

“We are determined to end the terror that consumes our country’s energy and to save our 83 million people from the scourge of terrorism.”

About his visit to Bucharest, Akar said Romania is “one of the important partners of Turkey,” while calling his Romanian counterpart Nicolae Ionel Ciuca a “dear friend.”

Adding that their meetings were extremely beneficial and constructive, he said: “We mutually evaluated what can be done in defense and security issues on the one hand, and on cooperation in the defense industry on the other.”

He said the “military dialogue” meetings between the two countries will be held in Turkey this year with the exact date to be determined soon.

“We exchanged our views on maintaining the Black Sea as a ‘sea of peace’. We stressed the importance of maintaining peace and stability in the Black sea,” he added.

Stressing the importance of cooperation in the fight against the Fetullah Terrorist Organization (FETO), Akar said: “We have expressed our demands to my dear friend, Minister Ciuca, about the FETO members who are currently in Romania. He said he would meet with the relevant ministries and people and follow up the issue.”

FETO and its US-based leader Fetullah Gulen orchestrated the defeated coup of July 15, 2016, in which 251 people were martyred and 2,734 injured. Ankara accuses FETO of being behind a long-running campaign to overthrow the state through the infiltration of Turkish institutions, particularly the military, police, and judiciary.

In its more than 35-year terror campaign against Turkey, the PKK — listed as a terrorist organization by Turkey, the US, and EU — has been responsible for the deaths of 40,000 people, including women, children, and infants. The YPG is its Syrian branch. In recent years Turkey has stepped up operations at home and across borders against the terrorist group, and also convinced rising numbers of its members to quit the PKK.

In 2013, Turkey became one of the first countries to declare Daesh/ISIS a terrorist group. The country has since been attacked by the terror group multiple times, with over 300 people killed and hundreds more injured in at least 10 suicide bombings, seven bomb attacks, and four armed assaults. In response, Turkey launched anti-terror operations at home and abroad to prevent further attacks.