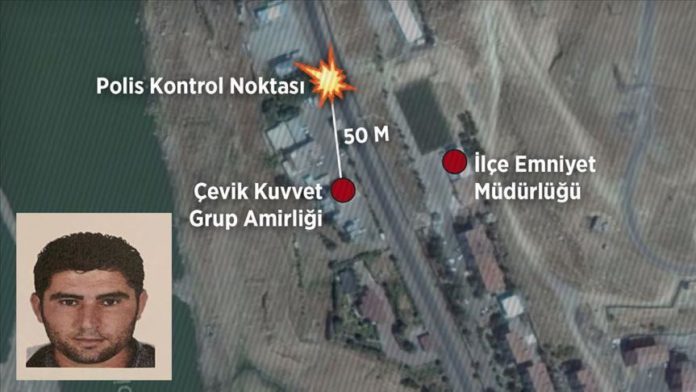 The Turkish intelligence neutralized a senior PKK terrorist abroad, who was behind a 2016 terror attack that martyred 12 Turkish police officers, security sources said on Monday.

Mesut Taskin, codenamed Demhat Sperti, was neutralized by Turkey’s National Intelligence Service (MIT) abroad on Oct. 20, said the sources who asked not to be named due to restrictions on speaking to the media.

The terrorist was the plotter of the terror attack near the local police department in the Cizre district of southeastern Sirnak province. The August 2016 attack martyred 12 police officers and wounded 75 others.

Taskin is also known for organizing transfer of explosives that were used against security forces in separate terror attacks in the southeastern Diyarbakir province in 2016 and 2017.