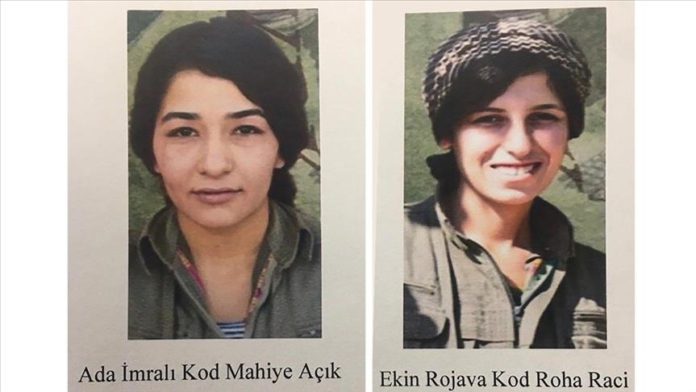 The operation was launched after Turkish forces determined that the terror group was trying to send senior PKK terrorists south of Qandil and the Sulaymaniyah province, said the sources, who asked not to be named due to restrictions on speaking to the media.

The PKK terror group established cells around Mt. Asos in order to gather intelligence in the region and to intensify contact with local collaborators, Turkish forces found.

The PKK’s activities to find safety and shelters in order to evacuate senior terrorists from conflict zones such as Qandil, Gara and Metina were monitored closely, the sources added.

In the MIT operation, which aimed to prevent senior PKK terrorists from being sent to regions where innocent locals live, Mahiye Acik, codenamed Ada Imrali, who joined the terror group in 2014, and Syrian national Roha Raci, codenamed Ekin Rojava, who joined the PKK in 2015, were neutralized in Sulaymaniyah’s Sherbazar district.

In its more than 35-year terror campaign against Turkey, the PKK – listed as a terrorist organization by Turkey, the US, and EU – has been responsible for the deaths of over 40,000 people, including women, children, and infants.