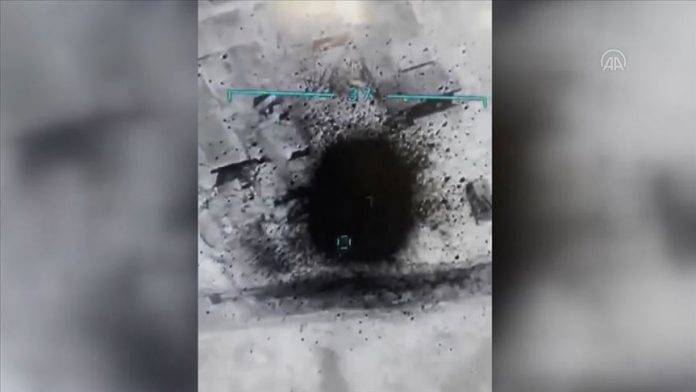 Turkey has neutralized a total of 1,709 regime elements in operations in Idlib, northwestern Syria over the past 17 days, security sources said.

The Turkish Armed Forces have destroyed a total of 55 tanks, three helicopters, 18 armored vehicles, 29 howitzers, 21 military vehicles, four Docka anti-aircraft guns, six ammunition depots, and seven mortars in the operations, said the sources on condition of anonymity due to restrictions on speaking to the media.

In September 2018, Turkey and Russia agreed to