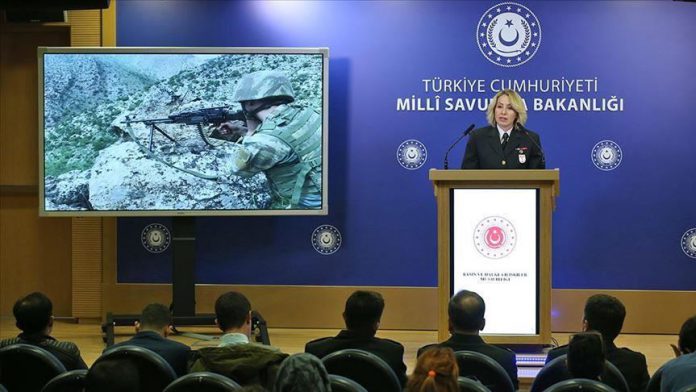 A total of 163 PKK terrorists were “neutralized” since Turkey has launched Operation Claw in northern Iraq, according to the country’s National Defense Ministry on Monday.

Aktop said that 320 caves and 266 mines and hand made explosives were destroyed during Operation Claw 1-2, and