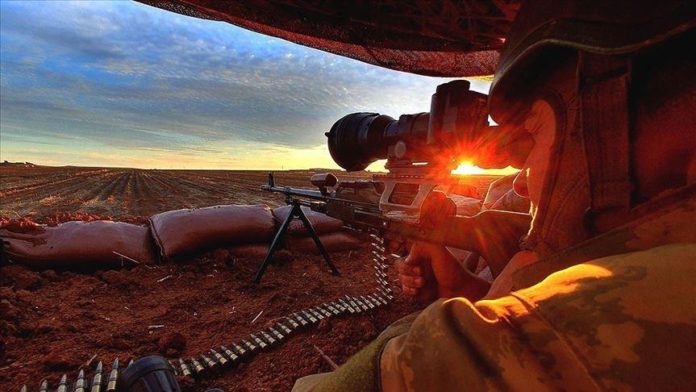 Turkish security forces “neutralized” 148 terrorists as part of the anti-terror Yildirim operation in the country that was launched on July 13, the Interior Ministry said Sunday.

In a statement, the ministry said that 77 collaborators of terrorists were captured, while 571 caves, shelters and warehouses used by the terrorists were also destroyed.

A large number of arms and ammunition, food and life-sustaining materials were also seized, the statement added.

The separatist PKK terrorist group cannot set up bases in winter, and it does not have capability to move freely or communicate across the country, it said.

The Operation “Yildirim-17 Besta” continues to completely eliminate the existence of the terror group, and prevent it from gaining the capabilities it has lost.

“The Yildirim-17 Besta Operation continues, which was initiated by our Ministry in the provinces of Van, Sirnak and Siirt under the management of the Van Gendarmerie Public Security Corps Command.”

Iran confirms plan to enrich uranium up to 20 percent