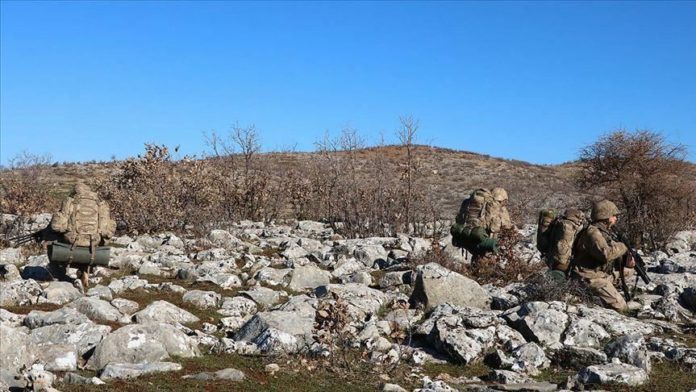 In a statement, the ministry said a total of 10,239 operations, including eight large-scale and 43 medium-scale operations, were carried out against terrorists in rural areas.

A total of 1,539 operations were also conducted in metropolitans as part of domestic security operations, it added.

The country has since been attacked by Daesh/ISIS terrorists multiple times, with at least 10 suicide bombings, seven bomb attacks, and four armed attacks, killing 315 people and injuring hundreds more.

The Interior Ministry said at least 422 of 2,700 arrested suspects were remanded in custody for being in contact, aiding, and abetting terrorist groups.

Security forces also destroyed a total of 96 shelters, caves and hideouts, seized 136 weapons — 79 of them were heavy and long-barreled arms — 50 mines, 350 kilograms (772 pounds) of explosives materials and over 17,500 rounds of various ammunition.

Moreover, a total of 18,357 anti-drug and contraband operations were carried out, during which 24,976 suspects were captured, according to the statement.

Also, in more than 2,300 operations against drug trafficking, 3,520 suspects were arrested.