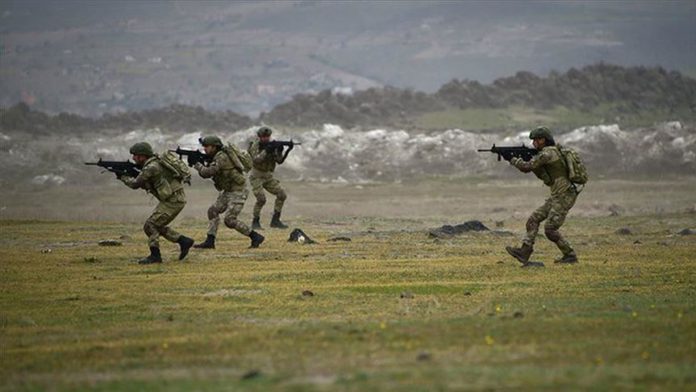 “11 PKK/YPG terrorists who opened harassing fire and attempted to infiltrate into the Operation Peace Spring and the Operation Euphrates Shield regions in order to disrupt the peace and security were neutralized by our heroic commandos,” the ministry said on Twitter.

The ministry also said that it will not allow peace and security in the region to be spoiled.

It also shared the footage of the operation.