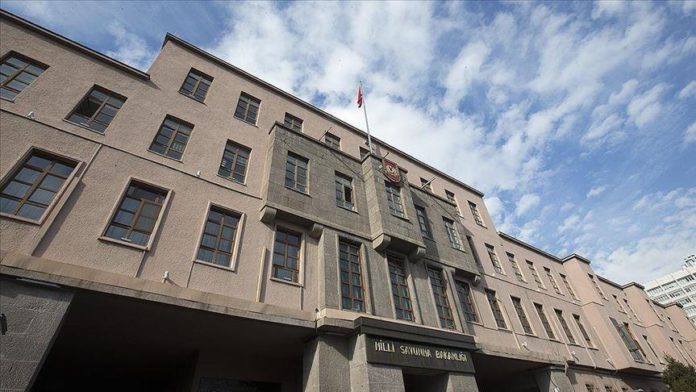 Turkish forces have neutralized 1,595 terrorists this year in operations both within the country and outside its borders, the National Defense Ministry said on Thursday.

The figure includes 215 terrorists neutralized in the Pence-Simsek and Pence-Yildirim operations in northern Iraq.

Nearly 300 caves and shelters and over 600 landmines were destroyed, while dozens of weapons and ammunition were held, she added.

Separately, Turkey has dismissed over 23,400 military personnel since the 2016 defeated coup as part of its fight against FETO, while 1,869 others are still facing trial, the official said.

She underlined that there had been no increase in crossings over the Iranian border, adding that necessary measures had been taken against a possible future rise.

“As the Turkish Armed Forces, our fight against illegal crossings continues with determination,” she said.

In the last two months, a total of 16,786 people trying to illegally cross into Turkey were caught, and 31,545 were prevented from doing so, she added.

Highlighting that the Turkish military prevented harassment and terror attacks to maintain the security and peace environment in Syria, she said that 229 terrorists, including members of the Daesh/ISIS terrorist organization, were neutralized in the last two months.