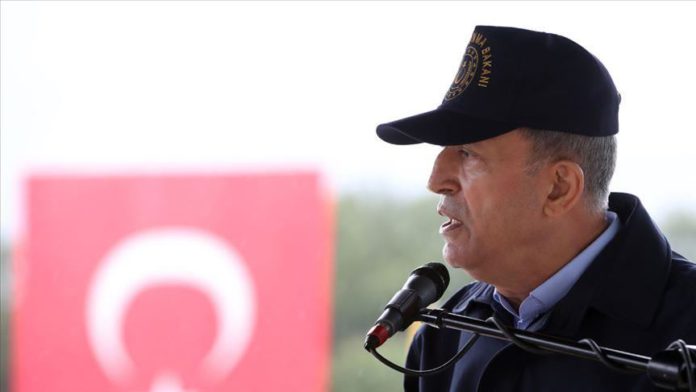 Turkish security forces have so far “neutralized” a total of 1,458 terrorists in cross-border operations since the beginning of this year, defense minister said on Monday.

“As of Jan. 1, a total of 1,458 terrorists have been neutralized as a result of the operations carried out within the framework of the fight against terrorism in northern Iraq and Syria,” Hulusi Akar said in the central Kayseri province.

“Turkish Armed Forces will resolutely continue its fight until the last terrorist is neutralized,” Akar added.

Stressing that Turkey makes every effort to continue to find a political solution in Syria, Akar said: “Although there are some minor violations [in northwestern city of Idlib], the cease-fire is generally observed.”

“As a result of the cease-fire, approximately 300,000 Syrian brothers and sisters returned to their homes safely and voluntarily,” he added.

More than 90 Turkish Cypriots die from COVID-19 in UK

PKK does not have office in Russia: Russian counsellor