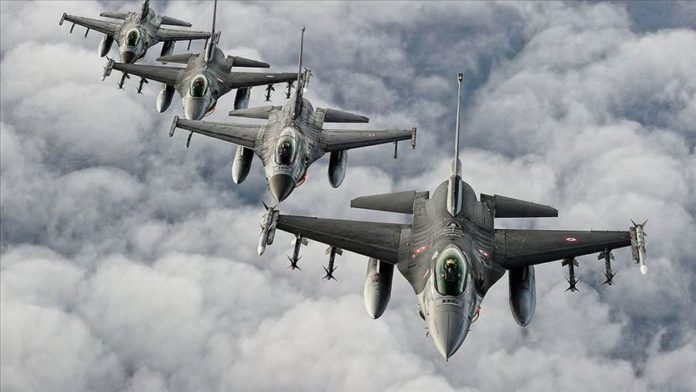 Turkish security forces “neutralized” a total of 134 PKK/KCK terrorists in a month in anti-terror operations, the National Defense Ministry said on Sunday.

A total of 56 terrorists were neutralized inside Turkey and 78 more in cross-border operations, Maj. Pinar Kara, the spokeswoman for the ministry, said at a news briefing.

In operations launched between January and September, a total of 1,187 mines and IEDs were neutralized in Operation Peace Spring, Operation Euphrates Shield, and Operation Olive Branch zones, she added.

In reference to Syria’s Idlib province, Kara said the security of the region was ensured after a cease-fire was agreed on March 5 to end the humanitarian plight in the region.

On March 5, Turkish President Recep Tayyip Erdogan and Russia’s Vladimir Putin announced that they had reached a cease-fire agreement in Idlib between the opposing rebel and regime forces.

So far, more than 400,000 Syrians have voluntarily returned to their homes, Kara added.

According to the UN estimates, hundreds of thousands of people have been killed and more than 10 million displaced in Syria, which has been ravaged by a civil war since early 2011, when the Assad regime cracked down on pro-democracy protesters.

The military training, aid, and consultancy support provided to Libya in accordance with the bilateral agreements and international law signed with Libya’s UN-recognized Government of National Accord (GNA) and upon invitation of the GNA continues, she noted.

Noting that a total of 74 mines/IEDs were detected and destroyed in Libya on 20-27 Oct., she said: “We support the UN-led talks, as we did in the talks in Istanbul, Moscow, and Geneva so far.”

A ground for a political solution was created with the talks, thanks to Turkey’s support to Libya so far, she said.

Turkey will continue to stand by Libya to ensure territorial integrity, sustainable cease-fire, lasting peace, and stability in the country, she added.

The GNA was founded in 2015 under a UN-led agreement, but efforts for a long-term political settlement failed due to a military offensive by forces loyal to warlord Khalifa Haftar.

As part of Turkey’s fight against FETO, a total of 20,571 personnel have been dismissed, and the judicial and administrative processes continue for 3,551 personnel, since July 15, 2016, the spokeswoman also noted.

FETO and its US-based leader Fetullah Gulen orchestrated the defeated 2016 coup, in which 251 people were martyred and nearly 2,200 injured.