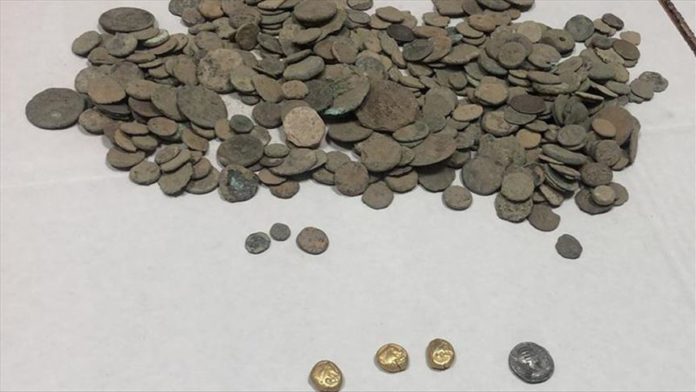 Acting on a tip off, local security and intelligence teams followed seven suspects, who previously had criminal records for historical artifact smuggling, said sources on Friday speaking on the condition of anonymity.

Security teams confiscated a number of historical artifacts buried underground or in hidden compartments during the operations.

Among the artifacts seized were sculptures, coins, terracotta vases — believed to be dating back 11,000 years — and other historic artifacts such as gold earrings, statues, rings, bracelets, seals, medical instruments, iron and bronze figurines, with some of them belonging to Hellenistic, Roman and Byzantine periods.

Confirming that all of the objects are original and historical artifacts, the Izmir Museum Directorate officials identified six of the coins as “electrum” belonging to the Lydian period, the first known civilization where money was minted in history.

'US remarks on 1915 kowtowed to lobbyists' demands'