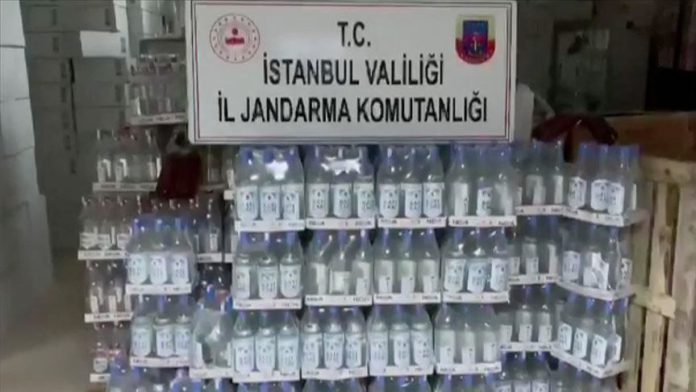 Turkish police confiscated nearly 6,500 liters of bootleg alcohol across the country on Wednesday.

Police teams seized 1,108 liters of bootleg alcohol in a hotel depot in the Side district of Antalya on the Mediterranean coast, 1,500 liters of counterfeit liquor in Istanbul, and 3,880 liters of fake alcoholic beverage in the eastern Malatya province.

Two more people, who had been admitted to hospitals after consuming bootleg alcohol, lost their lives in the western Izmir province.

At least 80 people have died of alcohol poisoning in Turkey since Oct. 9, according to data compiled by Anadolu Agency.

Bootleg alcohol is made using low-cost methyl alcohol instead of ethyl alcohol, which causes serious harm to human health and even death.