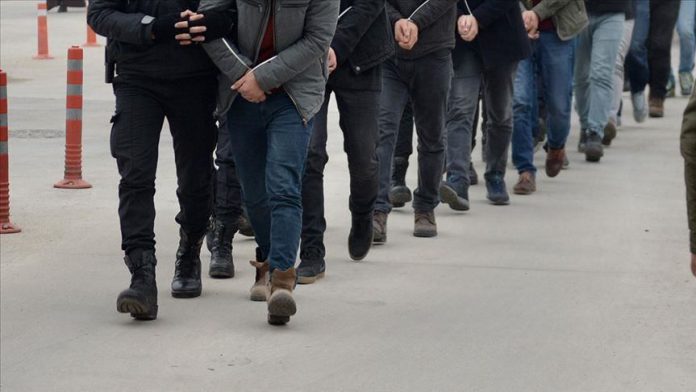 Turkish security forces on Tuesday arrested 59 suspects over ties to the Fetullah Terrorist Organization (FETO), the group behind the defeated 2016 coup.

Prosecutors in the southern provinces of Adana and Antalya, western province of Balikesir and the capital Ankara issued warrants for 68 people, including some serving officials.

Adana-based anti-terror operations were launched simultaneously in five provinces, and 22 suspects were arrested.

Additionally, in Balikesir-based operations, carried out in eight provinces — including Istanbul and Ankara — 10 suspects were arrested.

Also, 20 suspects were arrested in an anti-terror operation in Antalya where 10 of the detained