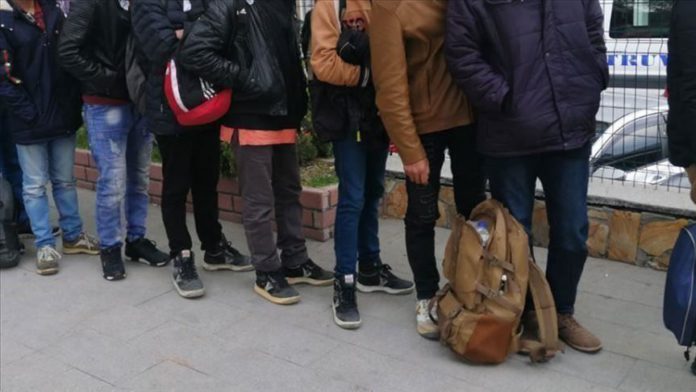 At least 148 irregular migrants were held in eastern and southeastern Turkey, local sources said on Sunday.

As part of probe into migrant smuggling and human trafficking, local gendarmerie forces conducted an operation in Van province where they found the migrants in a minivan, said the Governor’s Office.

At least three human smuggling suspects, identified by the initials C.O., S.H. and H.O., were arrested.

Security sources said the migrants were on board two buses.

While four drivers were arrested for human smuggling, migrants were sent to local migration office.