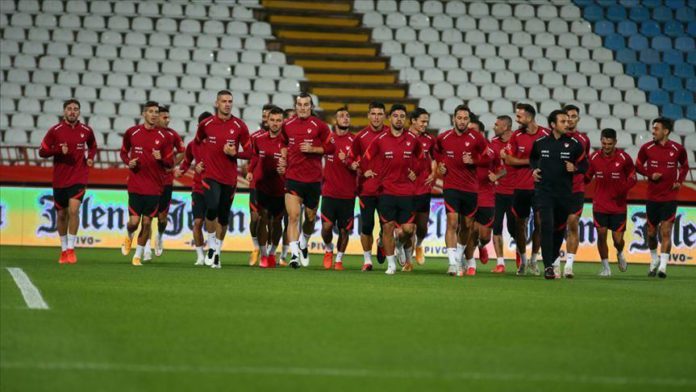 Turkey on Friday announced its national football squad for next week’s friendly game with Germany and the UEFA Nations League matches.

Turkey will firstly play against Germany in a friendly match in Cologne on Oct. 7 and later focus on the consecutive Nations League games against Russia and Serbia.

The national team will visit Russia on Sunday, Oct. 11 and then it will host Serbia in Istanbul on Wednesday, Oct. 14.

Third place Turkey had 1 point in the Group 3 led by Russia, who earned 6 points in two matches. Hungary had 3 points to sit in the second position and Serbia came last with 1 point.

The Turkish Football Federation (TFF) announced the squad on the website.

Caykur Rizespor goalkeeper Gokhan Akkan has never played for Turkey before. The 25-year-old will make debut if he plays in any of these matches.