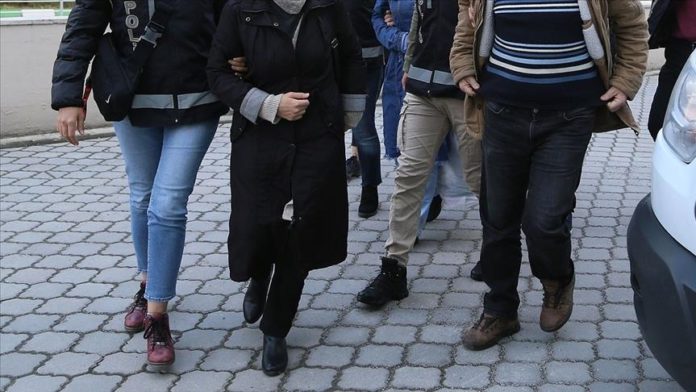 Turkish police arrested two suspects Monday for their alleged links to the far-left DHKP-C terrorist group, according to a security source.

Yasemin Karadag, a so-called senior member of the group responsible for operations in Turkey, and Yeter Gonul Aydin, a member responsible for the group’s officers, were nabbed in Istanbul, said the source on condition of anonymity due to restrictions on speaking to the media.

The anti-terror teams determined that Karadag — who has been arrested many times since 1992, stayed behind bars for 19 years and was released in August 2020 — was assigned to be responsible for operations in the country.

It is learned that she was promoted to the position by the terror group after Caferi Sadik Eroglu, who had been in the gray category of the Interior Ministry’s wanted terrorist list, was remanded last month.

Aydin, who also went to prison three times since 2000, was also determined to be in a so-called senior position.

Aydin was nabbed from a cell house and Karadag from her house, the source said.

The DHKP-C is responsible for a number of terrorist attacks in Turkey, including a 2013 attack on the US embassy in Ankara in which a Turkish security guard was martyred.

The group is listed as a terrorist organization by Turkey, the US and the EU.