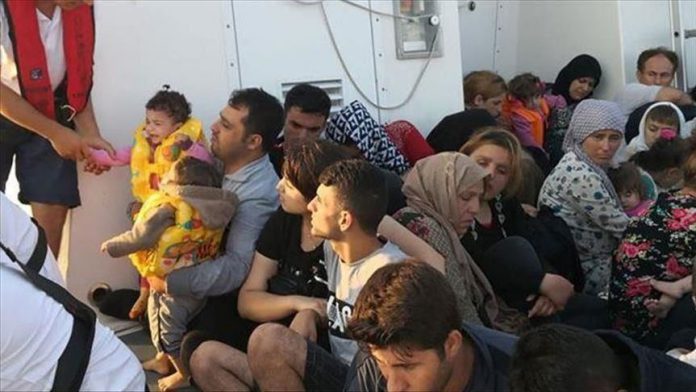 A total of 2,402 irregular migrants were held across Turkey over the past week, according to data compiled by Anadolu Agency from security sources.

As many as 1,038 migrants were held in multiple operations carried out by gendarmerie forces in the northwestern Edirne, Kirklareli and Tekirdag provinces, bordering Greece and Bulgaria.

In the coastal provinces of Canakkale, Balikesir, Aydin, Izmir, Mugla and Antalya,

Read more: Turkey nabs over 2,400 irregular migrants in past week