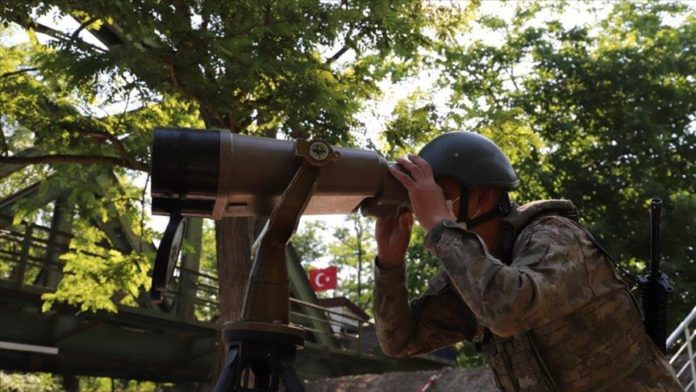 A member of the Fetullah Terrorist Organization (FETO) was held while trying to slip out of Turkey, the National Defense Ministry said on Monday.

The terror member was among two people nabbed during an attempt to cross into Greece, the ministry said on Twitter.

They were caught by troops in the northwestern Edirne province near the Turkey-Greece border, it added.

FETO and its US-based leader Fetullah Gulen orchestrated the defeated coup of July 15, 2016 in Turkey, in which 251 people were killed and 2,734 injured.