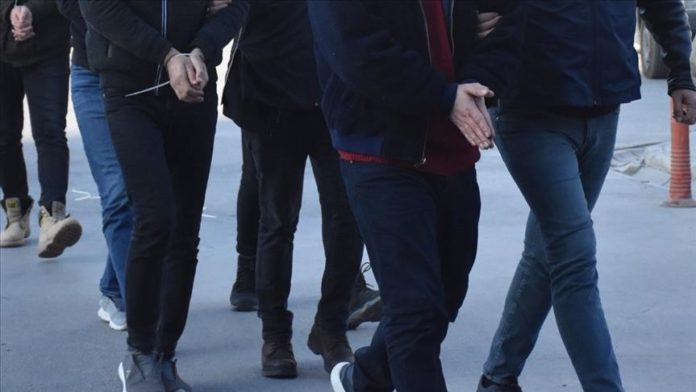 Security forces across Turkey arrested at least eight suspects over alleged links to the Fetullah Terrorist Organization (FETO), the group behind the 2016 defeated coup in the country.

This came after a prosecutor in the capital Ankara issued arrest warrants for 11 suspects as part of efforts to eliminate the terror group’s presence in the Turkish Air Force, said the source, who asked not to be named due to restrictions on speaking to the media.

Of the 11 suspects, which included three active-duty officers and non-commissioned officers, as well as one dismissed, eight were held.

Operations are underway to arrest the remaining three suspects, according to the source.