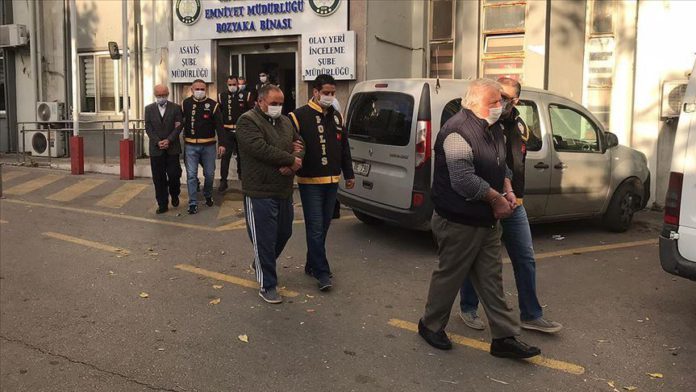 Seven suspects involved in the construction of buildings that collapsed during an earthquake here last week were arrested Thursday.

Two suspects were released on bail.

The suspects argued that the buildings were built under regulations at the time of construction.

Arrest warrants were issued for 11 suspects, including contractors and engineers, that were allegedly complicit in faulty construction of buildings that crumbled during the Oct. 30 magnitude-6.6 earthquake in the Bayrakli district of Izmir province.

Buildings were reduced to rubble during the tremor and there were emotional scenes as rescue workers pulled survivors from the debris.

Thirty-six victims are still receiving treatment, while 1,000 have been discharged from hospitals.

The death toll stands at 114, according to Health Minister Fahrettin Koca.

There have been 2,124 aftershocks, with 46 with a magnitude larger than a magnitude of 4.0, according to the nation’s Disaster and Emergency Management Authority (AFAD).

Turkey is among the world’s most seismically active zones and has suffered devastating earthquakes, including a magnitude-7.6 Marmara quake in 1999.