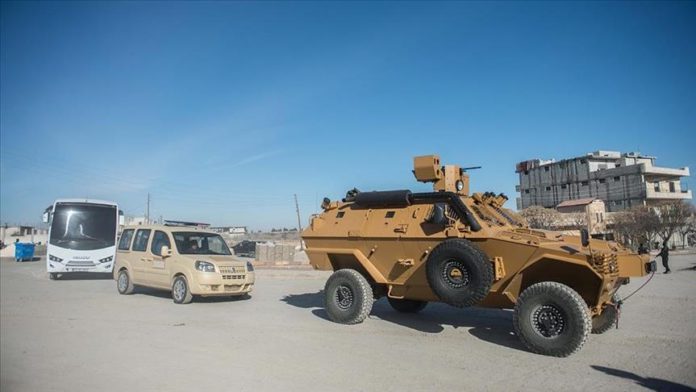 Authorities in southeastern Turkey arrested four suspects on Tuesday over their alleged links to a recent terror attack in the northern Syrian town of Jarabulus across the border.

According to a statement by local authorities in Gaziantep province, one of the suspects is thought to have carried out the attack, while the other three are suspected having links to him. Two pistols and a shotgun were also seized by security forces at the homes of the suspects.

At least seven people were injured in the terror attack Monday carried out with a bomb-strapped motorcycle on a busy street in the Jarabulus.