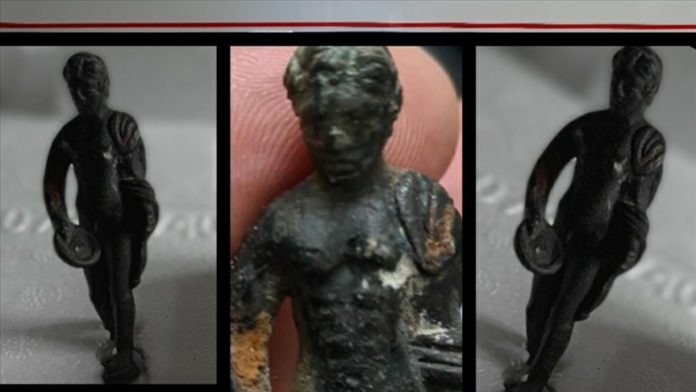 Acting on a tip, gendarmerie teams in Bursa province nabbed the suspects in Mudanya district, said the source on condition of anonymity due to restrictions on speaking to the media.

The arrests came after surveillance of the suspects, who wanted to sell the statue and other objects of historical value.

The statue, estimated to be worth around $100,000, was delivered to the Museum Directorate in Bursa, the source added.