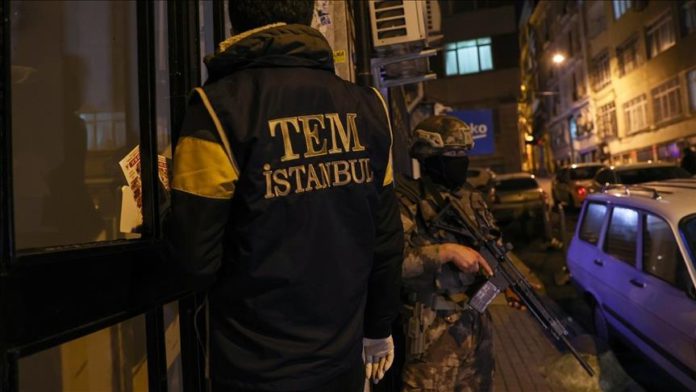 Security teams arrested at least ten suspects in Turkey on Friday as part of anti-terror operations against Daesh and al-Qaeda terror groups.

Anti-terror police launched simultaneous operations at 10 different places in Istanbul against the terrorist organizations, said security sources who asked not to be named due to restrictions on speaking to the media.

A search for the remaining three suspects continues. Four of the seven suspects were foreign nationals, said the sources, adding digital materials and documents were also seized during the operations.

Separately, gendarmerie units in the southern Osmaniye province conducted simultaneous operations at three different addresses as part of a probe against Daesh/ISIS suspects who have engaged in armed activity in Syria.

At least three suspects of Syrian nationalities were arrested during the operations, according to the security sources.

A large number of digital materials related to the terror group were also seized during the operations.

US: Migrant surge on pace to be highest in 20 years