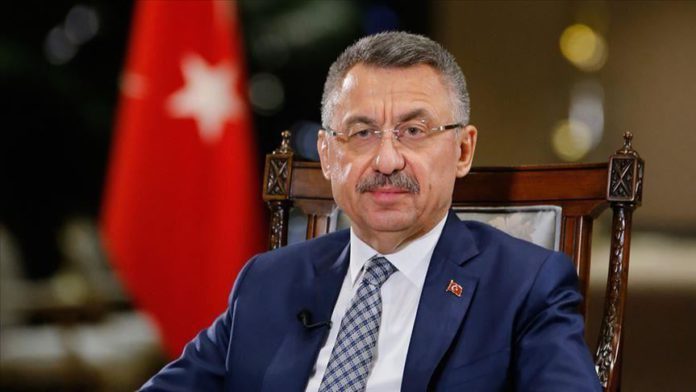 Repair work for the water pipeline carrying freshwater from Turkey to the Turkish Republic of Northern Cyprus (TRNC) will be completed by Sept. 25, the Turkish vice president said on Thursday.

The nearly 106-kilometre (66-mile) pipeline is one of the most important projects in the world, said Fuat Oktay during his visit to Skandi Seven ship, one of the vessels participating in repair work in the Eastern Mediterranean Sea.

He said at least five ships have worked nonstop despite the coronavirus outbreak.

Turkey will always stand by the Turkish Cypriots and the TRNC, Oktay added.

Tensions have been high for weeks in the region, as Greece has disputed Turkey’s energy exploration in the Eastern Mediterranean.

Tatar said the project is important for the island’s agricultural activities and drinking water needs, adding that the pipeline supplies 75 million cubic meters of freshwater on an annual basis.

It was inaugurated by Turkish President Recep Tayyip Erdogan in 2015. In January, it suffered a disruption due to severe weather conditions.