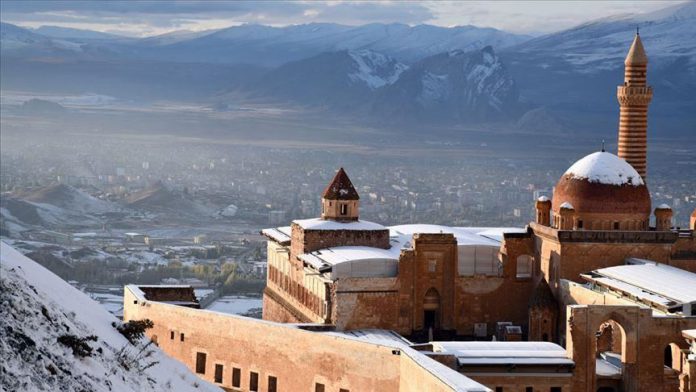 A prominent Turkish lawmaker on Wednesday called on the government to announce 2020 as “Ishak Pasha Palace Year.”

“We call on everyone to make Agri province, the city of Noah, survive and not to associate the region with terrorism but with tourism,” Ekrem Celebi, a lawmaker from eastern Agri province, told the journalists in the parliament.

Celebi noted that they would continue their work on introducing their region.

Ishak Pasha Palace in Turkey’s eastern Agri province has become the focus of interest for domestic and foreign tourists.

Quo Vadis, Aida? by Bosnian director to vie in Venice