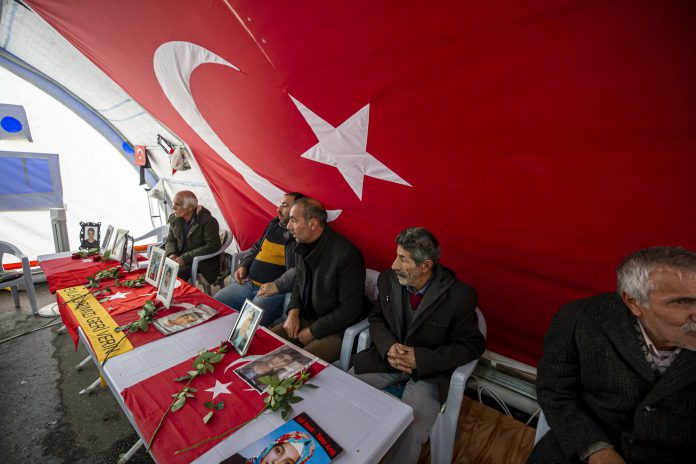 Dozens of mothers in Turkey’s southeast have been continuing to stage sit-in protest for around four months against the terrorist group YPG/PKK, who they say kidnapped their children.

The protest started on Sept. 3 outside the offices of the Peoples’ Democratic Party (HDP), a party accused by the government of having links to the terrorist YPG/PKK, in Diyarbakir when Fevziye Cetinkaya, Remziye Akkoyun, and Aysegul Bicer said their children had been forcibly recruited by PKK terrorists.

Since then, the number of protesting mothers has been growing, as they demand the return of their children, who, they say, were