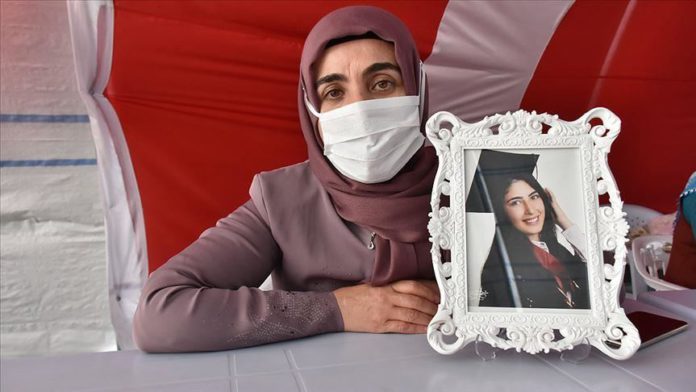 A sit-in against the YPG/PKK terror group continued Thursday in the southeastern Diyarbakir province of Turkey, with parents demanding the return of their kidnapped children.

Protesters camped outside the offices of the opposition Peoples’ Democratic Party (HDP) vowed to stay until every child is brought back.

Solmaz Ovunc’s son was abducted in 2015 by the terror group at age 15 and she appealed to her son to surrender to security forces.

“I am inviting all the mothers here,” Ovunc said, accusing the HDP of tricking her child into joining the terror group and going to the mountains.

Fatih Demir, whose son was also abducted in 2015, said the families were determined to continue the demonstrations.

“We have been continuing our protest for 276 days. I have been suffering for five years,” Demir said, asking how a 10-year-old child could go to the mountains with a gun.