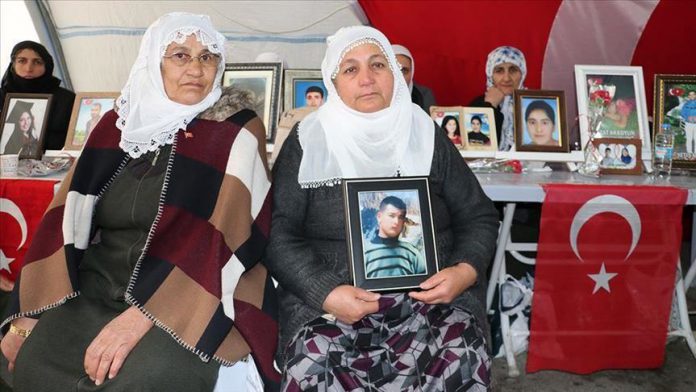 Saadet Kartal joined the protest in its 179th day, outside the Diyarbakir office of the People’s Democratic Party (HDP) that is accused by the government of having links to the YPG/PKK.

Kartal said her son, Sukru, was deceived by the terror group when he was a university student. Kartal said she has not received any news from him in six years.

“My son has two children. I want my son back. Children are waiting for their father,” she said