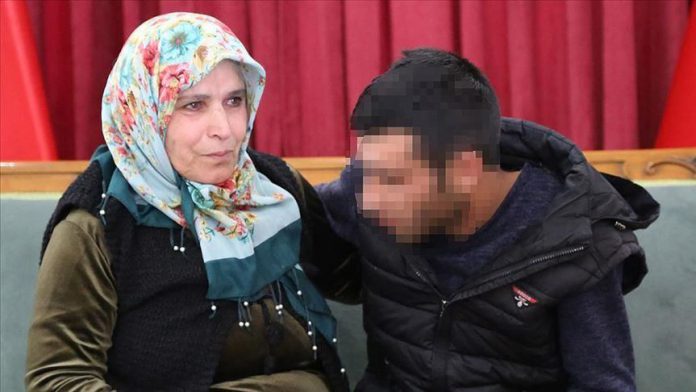 A mother from northwestern Turkey on Monday reunited with her son, who was kidnapped by the YPG/PKK terror group five years ago. He surrendered to Turkish security forces.

Muhteber Birlik was one of the mothers who joined an ongoing sit-in in the southeastern Diyarbakir province.

The sit-in outside the office of the Peoples’ Democratic Party (HDP) — an opposition political party accused by Turkey of having links to the YPG/PKK — has entered Day 175.

Her son, Veysi Birlik was just 14 years old when the terror group kidnapped him.

Until now, nine families whose children were kidnapped