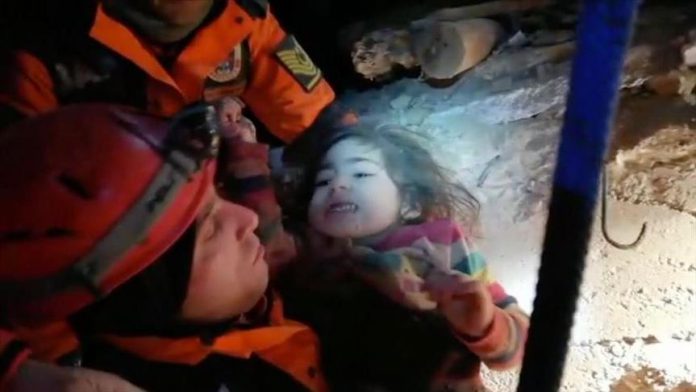 A mother and her 2.5-year-old daughter were rescued 24 hours after a powerful earthquake hit eastern Turkey.

Death toll from the quake rose to 35 on Sunday with hundreds of others injured.

The mother and daughter were trapped under the debris of their house in Mustafa Pasa neighborhood.