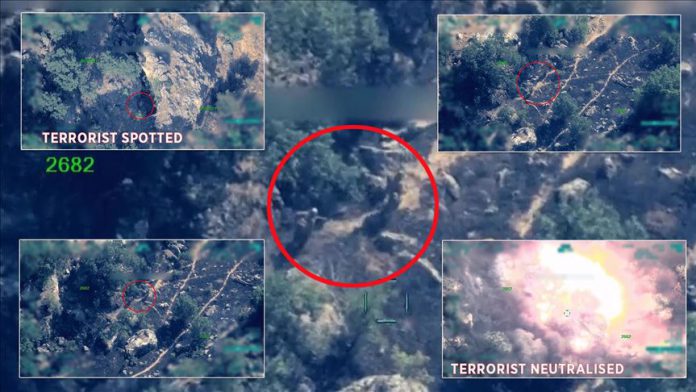 A PKK terrorist in Turkey’s most wanted list was neutralized in northern Iraq, a security source said on Monday.

Musluh Ike, a senior PKK terrorist code-named Tekoser Zagros, was neutralized in a joint operation in Metina region of northern Iraq by Turkey’s National Intelligence Organization (MIT) and Turkish Armed Forces (TSK), said the source anonymously due to restriction on speaking to media.