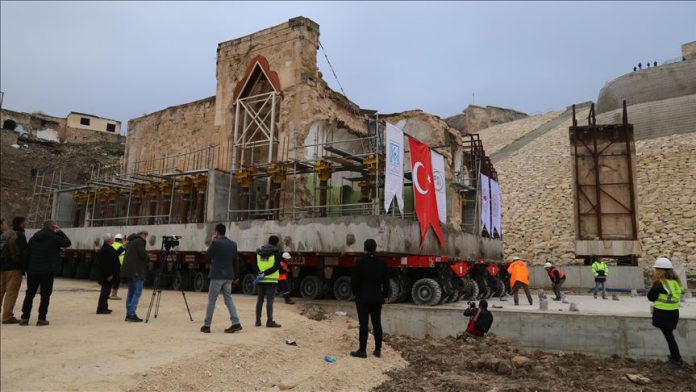 A 15th-century historic mosque in the ancient town of Hasankeyf, southeastern Turkey was relocated on Monday to a new site to prevent it from flooding with the coming opening of a new dam.

A 256-wheeler flatbed truck moved the main body of the 1,700-ton medieval mosque Ar-Rizk to a cultural park in the same district within Batman province. The mosque’s structure was carried some 4.7 kilometers (3 miles) from its original spot.

The mosque was built during the Ayyubid era at the beginning of the 1400s, said Ali Naci Kosali, one of the managers at General Directorate of

Fear looms in Baghdad amid surge in coronavirus cases

4 more infected with coronavirus in Iraq