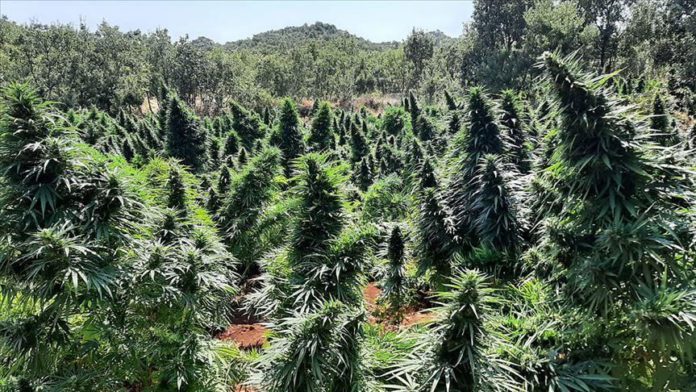 The seizure came in an anti-drug operation by gendarmerie teams in the countryside of Diyarbakir province.

It was conducted to stop drug trafficking by the PKK terrorist group, and to bring the perpetrators to justice, the provincial administration said in a statement.

Anti-drug raids were carried out at 67 different addresses, it said, adding that as a result, 800 kilograms (1,763 pounds) of marijuana and 4.62 million cannabis roots were seized.

The PKK is accused of smuggling drugs, and cultivating cannabis as a way to fund its illegal activities.