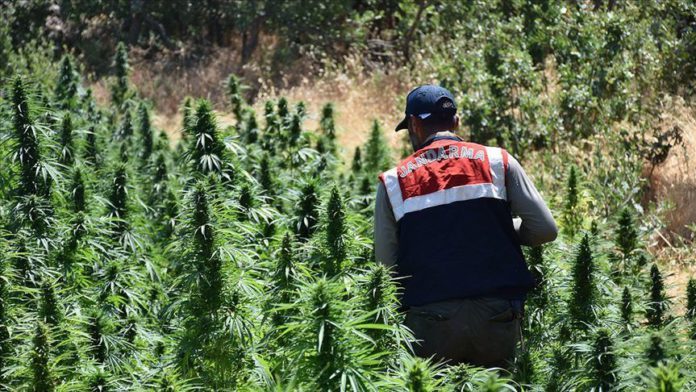 Turkish security forces seized 2,098 cannabis roots in anti-drug raids across the country on Monday, according to security sources.

Acting on a tip off, the local gendarmerie forces raided a field in the central province of Kayseri, and seized 1,708 cannabis roots.

Some 390 cannabis roots were also seized in four districts of Aegean province of Izmir.

The local gendarmerie forces, acting on discreet information, carried out an operation in forestlands of Kiraz, Selcuk, Beydag and Bayindir districts.

Five suspects were also rounded up during the operations.