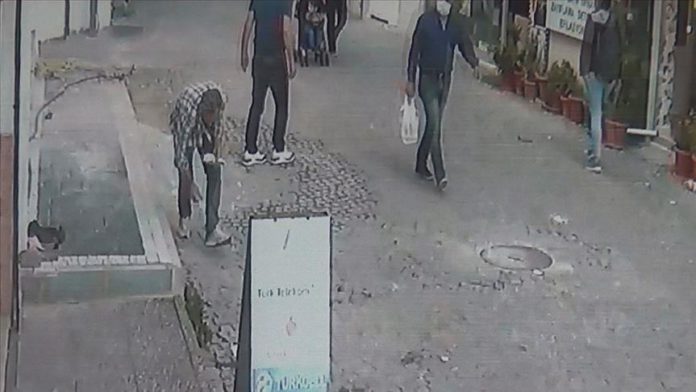 Video footage Saturday showed two men returning 4,500 Turkish liras ($526) to its owner after the money was scattered by the wind in southwestern Antalya’s Manavgat district.

It shows a man walking in the Asagi Pazarci neighborhood when the money unknowingly dropped from his pockets. The wind takes a hold of the paper notes and scatters them far and wide.

Two friends found the liras before taking it to restaurant owner Hasan Yilmaz after they were unable to locate its rightful owner.

The footage showed the friend’s hard efforts to collect the money.

Police went to the scene after Yilmaz contacted authorities, asking for help to locate its owner.

After viewing security camera footage, police were able to identify the owner and the money was returned.