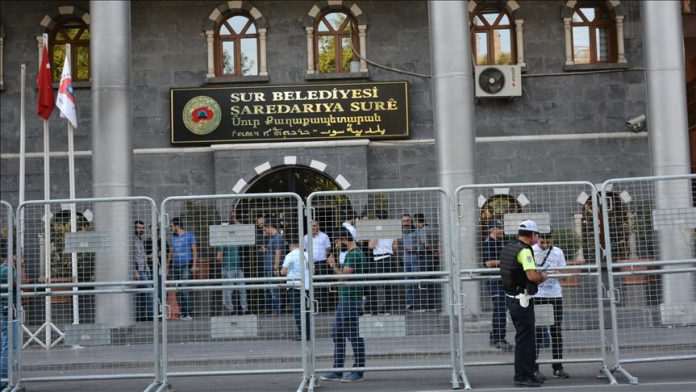 A district mayor in southeastern Diyarbakir province of Turkey from the opposition Peoples’ Democratic Party was dismissed over alleged links to an armed terror group, the provincial governor’s office said on Saturday.

The HDP is accused by the government of having substantial links to the PKK terror group.

According to the statement, Feyme Filiz Buluttekin, the mayor of Sur district, was temporarily suspended as part of an anti-terror investigation, and the district governor Abdullah Ciftci will assume her post.