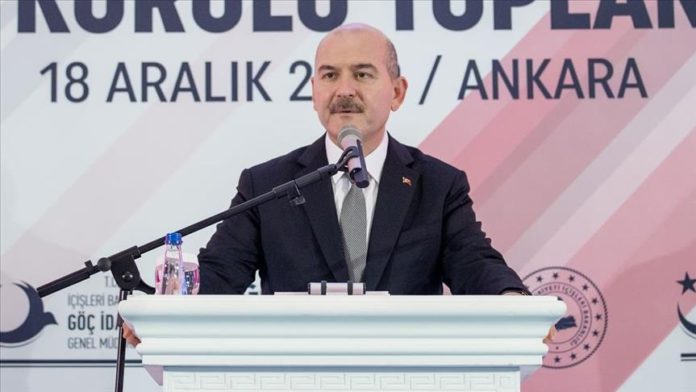 The Turkish interior minister marked International Migrants Day on Friday saying that 4 million migrants were saved from persecution and death by fleeing to Turkey.

Suleyman Soylu in a video message said Turkey had stopped oppression on people in an area of 8,161 square kilometers (3,150 square miles) in Syria and normalized the lives of 1.75 million people.

He stressed that Turkey at the Aegean Sea has saved the lives of migrants from different countries.

Soylu said instability, poverty, terror, and violence, all “grown from the seeds of discord that the West has planted”, have dramatically accelerated migration movements in the 21st century.

Soylu also expressed his gratitude to the Turkish nation which has been treating migrants in accordance with the legacy left by humanity and civilization.

“As a country where millions of immigrants live in peace and harmony with our society, we celebrate the day of all migrants in the world,” Cavusoglu said.